A fanzine based on the subject of excluding design 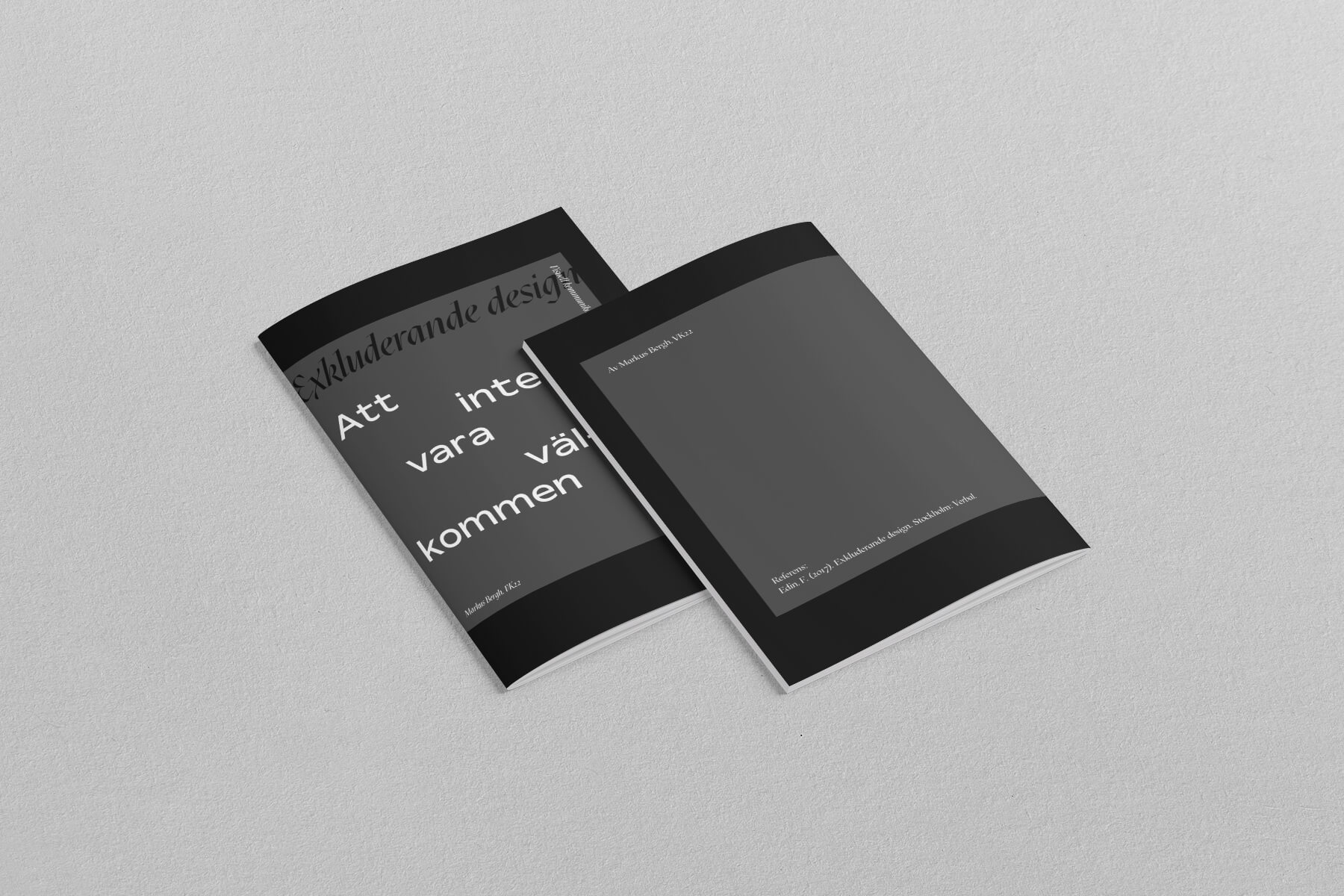 I wanted to cast light on the often neglected existence of excluding design in the public space. My work began by discovering Exkluderande design by Fredrik Edin, in which he argues for that excluding design has an ideological function in our cities. According to Edin, excluding design divides us into two groups of citizens, where one is of insufficient consumers.

The book was my foundation when I took a city walk in an area I was often visiting. With my new knowledge I tried to see if I could find examples that could be defined as excluding design. My findings was summarised in a fanzine that is presented here.

In addition to the fanzine I created a prototype of a sign that carries the message of excluding design.